NEW DELHI (Bloomberg) -- India, the second biggest crude customer for Iran, may cut its imports from the Islamic republic by half to secure a waiver from the U.S. to continue with shipments, people familiar with the matter said.

Officials from the U.S. had discussed the issue of a conditional waiver on sanctions in talks last month in New Delhi, the people said, requesting not to be identified as the discussion was private. India has expressed its inability to scrap oil imports from Iran completely as its supplies are being offered at competitive rates, the people said. New Delhi expects a response as early as next month when talks resume.

President Donald Trump’s administration has been forced to reconsider its plan to choke off all of Iran’s oil exports after countries including China and India -- which together comprise about half of Iran’s oil exports -- expressed their inability to halt shipments. Washington is now said to project a 50% cut in exports when it reimposes energy sanctions in early November.

After initial success in persuading allies Japan and South Korea, U.S. is finding it tough to convince even European Union nations. These push backs are forcing the U.S. to consider waivers to countries on a case-by-case basis as it feels even a significant reduction would be a blow to Iran’s battered economy.

India continued with Iranian imports even after Trump announced in May that he was withdrawing from the 2015 nuclear deal. Indian Oil Corp., the biggest refiner and a top customer of Iran, has been purchasing oil proportionate to its annual term contracts so far and has booked cargoes for September, its Chairman Sanjiv Singh said on Monday.

India is estimated to have imported 22.6 MM tons of Iranian oil during the 12 months through March 31, as against 27.2 MM tons a year earlier. The South Asian nation’s purchases climbed from about 11 million tons in 2016-17. Refiners in the south Asian nation were quick to ramp up imports from the Persian Gulf state after the previous round of sanctions were lifted in 2015.

While New Delhi has been preparing for alternative supplies, ending purchases from Iran will cost the country savings on shipping and the longest credit repayment period offered by any of its suppliers.

India, the world’s third-biggest oil consumer, meets more than 80% of its requirements through imports. Iran is its third-largest supplier after Iraq and Saudi Arabia and meets about 10% of total needs.

OKYO (Bloomberg) -- PetroChina Co. may temporarily halt purchases of U.S. liquefied natural gas spot cargoes through the winter to avoid potential tariffs amid a trade conflict between the U.S. and China, according to people with knowledge of the strategy.

Under the plan, PetroChina would boost buying of spot cargoes from other countries or swap U.S. shipments with other nations in East Asia to avoid paying additional tariffs, said the people, who asked not to be identified because the information isn’t public. PetroChina, a unit of the state-owned China National Petroleum Corp., couldn’t immediately comment when contacted by Bloomberg.

China said this month it was considering a 25% tariff on U.S. LNG, which had been missing from previously targeted goods, in a direct hit to American gas exporters. The move comes ahead of the winter heating season when demand and prices typically peak and shows that Chinese President Xi Jinping may be willing to suffer some pain to avoid backing down from U.S. President Donald Trump’s trade dispute.

“If the tariff is implemented before winter, it would potentially increase the competition for non U.S. supply to the Asian market and hence drive up spot prices in Asia this winter,” Maggie Kuang, an analyst with Bloomberg NEF in Singapore said in an email. “Australia, Qatar, and Southeast Asia will most likely benefit.”

Singapore Exchange Ltd.’s North Asia Sling spot price was assessed at $10.165/MMBtu as of Friday, the highest in a month. Prices are about 66% higher than the same time a year ago. Shares of PetroChina ended 2% lower at HK$5.81 in Hong Kong, compared with a 1.5% drop in the city’s benchmark Hang Seng Index.

PetroChina in February signed a 25-yr deal to buy U.S. LNG from Cheniere Energy Inc., with a portion of that supply expected to start this year. While China is currently the third-largest buyer of U.S. LNG, American cargoes only made up about 5.7% of its imports over the last year, according to Sanford C. Bernstein & Co.

China’s proposed tariff may temporarily benefit other suppliers, U.S. Department of Energy Deputy Secretary Dan Brouillette said in an interview in Tokyo on Wednesday, noting that he doesn’t expect any detrimental impact to the U.S. energy industry.

President Xi has urged China’s state-owned energy giants CNPC and China National Offshore Oil Corp. to boost domestic exploration and production of oil and gas to safeguard the country’s energy-security as the trade dispute with the U.S. threatens to limit American shipments.

EHRAN (Bloomberg) -- China National Petroleum Corp. is expected to take the lead on a $5-billion project to develop Iran’s share of the world’s biggest gas deposit, taking over from France’s Total SA, which halted operations after U.S. President Donald Trump reimposed sanctions on the Islamic Republic.

State-owned CNPC, which joined a consortium with Total and Iran’s Petropars Ltd. in 2016 to develop Phase 11 of the South Pars Gas field, is set to increase its stake in the project from the current 30%. Total had originally agreed to take a 50.1% interest.

Total, which finalized its agreement with Iran in July 2017, had already spent some 40 million euros ($45.7 million) on the project when Trump announced in May that the U.S. would exit the 2015 international nuclear deal with Iran and reimpose sanctions on Tehran.

The first round of U.S. sanctions was put back into place this week, with more to come in November, greatly complicating efforts by companies that rushed into the Islamic Republic after the nuclear accord was signed by Iran, the U.S. and five other countries plus the European Union. 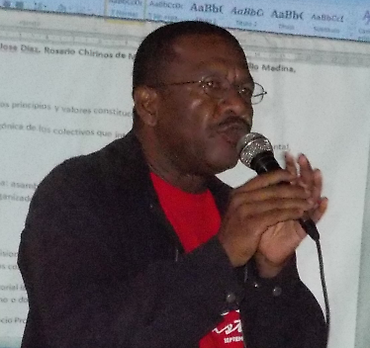