Nota de Aporrea: Was it Venezuela's "patriotic" opposition living in the US the ones who told the Chicago Tribune that Chávez loves Osama?

Go to the Center for Economic and Policy Reserach web site for more of Weisbrot's articles: www.cepr.net
It's 10 p.m. -- do you know what your government is up to? It seems that Iraq is not the only "regime change" that the Bush Administration is working on. The US government has apparently decided that President Chávez of Venezuela must go, one way or another.

True, Saddam Hussein is a brutal tyrant who has invaded and threatened neighboring countries -- whereas Hugo Chávez was democratically elected, has shown no ill will toward any of his neighbors, and tolerates a steady barrage of virulent, hate-filled propaganda against his presidency from the major Venezuelan media.

But these distinctions can be blurred, because both have offended the US government, and both are sitting on a lot of oil. So most Americans can be forgiven for having similar impressions of the two leaders, given what they hear from the US media. A recent op-ed in the Washington Post referred to the Chávez government as a "dictatorship."

This week the country's main business federation, supported by some union leaders, called once again for a general strike against the Chávez government. They are apparently following the same scenario that led to the military coup on April 11.

In our amnesiac political culture, half a year can be an eternity, more than enough time for history to be rewritten and slates wiped clean. But it was barely more than six months ago, on April 11, that opposition forces overthrew the democratically elected government of Venezuela. They installed the head of the business federation as president and dissolved the legislature and the Supreme Court.

The Bush administration at first welcomed the coup, retreating the next day after it became clear that other countries in the Americas were not going to recognize the illegal government. And of course administration officials denied having anything to do with the coup.

There is a pile of evidence to the contrary, indicating that they had a lot to do with it. There were numerous meetings between Bush administration officials and coup leaders in the months preceding the coup. We also know that the opposition received money from the United States government.

But even more important is the political support and encouragement that Washington provides. Those who are trying to overthrow the government of Venezuela at this very moment know that the United States will do its best to recognize and support any resulting dictatorship. They know this because neither the White House nor the State Department has indicated that a coup would result in any diplomatic or commercial sanctions against an illegal government.

It would be a simple matter for the Bush Administration to make such a statement. But even in the recent mobilizations of October 21 and December 2, with rumors of coup attempts flying everywhere, our top officials have maintained a telling silence, and carefully avoided saying anything that would discourage the violent opposition.

The US also supports the opposition's call for early elections. Although the Venezuelan constitution provides for a recall election halfway through the President's term, the opposition does not want to wait until August.

There are two reasons for their impatience: first, the economy is in a deep recession right now, and it could very well recover by August. Venezuela's economy would get a tremendous boost from an increase in oil prices that would likely result from a war with Iraq. Second, the recession is prolonged and deepened because investors are essentially on strike against the government, taking money out of the country and withholding investment in hope of getting a new President. Like any strike, it cannot continue indefinitely.

Of course it does not make any more sense for Chávez to hold early elections than it would have for President Reagan to have done so in 1983, when -- due to a recession and high unemployment -- his approval rating bottomed at 35 percent.

But the US press -- together with the Bush administration -- pretends that this is a perfectly reasonable demand.

A little noticed retraction published in the Chicago Tribune on April 20 summed up the extreme prejudice of our major news organizations against the president of Venezuela: "An editorial on Sunday mistakenly said that Venezuelan President Hugo Chávez had praised Osama bin Laden. The Tribune regrets the error."

(*) Writer and Co-Director of the Center for Economic and Policy Research, in Washington D.C. (http://www.cepr.net/) 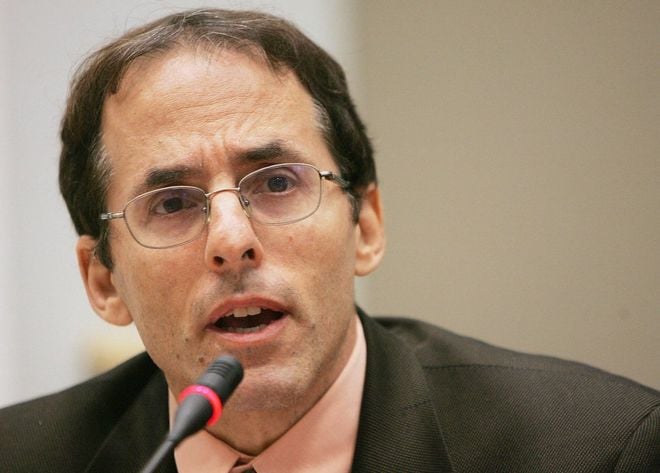